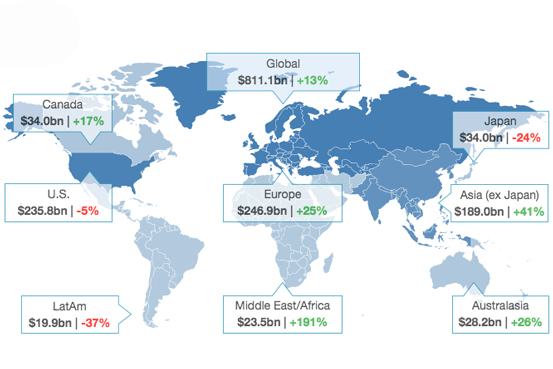 The new role of Head of Investment Banking for Continental Europe is an expansion of Pier Luigi Colizzi’s current role as Head of M&A, Europe and the Middle East at Barclays. He will continue to lead the M&A franchise across Europe and will join the firm’s European executive committee. Pier Luigi Colizzi, who joined the bank in 2012, has extensive experience in the industry, having advised clients on landmark deals such as Telenor and ENEL.

Pier Luigi was appointed in 2012 and has advised on over US$200 billion of M&A transactions. Later this year, he will be joined by Ingrid Hengster, currently the Country CEO of Germany, who will also take on the role of Global Chairman of Banking. Ingrid Hengster has a wealth of experience in investment banking and will help build Barclays’ relationships with European clients.

The new role will be based in Frankfurt and report directly to Pier Luigi Colizzi. Previously, Davide Sala worked for Credit Suisse for 22 years, where he was managing director of industrials and building materials coverage. Prior to this role, he served as Head of European Diversified Industrials and Head of Building Materials coverage.

Barclays has also reshuffled its leadership structure within the financial institution group. While Faruqui is based in London, Colizzi is based in Milan. In addition to managing the investment banking division in EMEA, he will be responsible for managing the bank’s fintech banking franchise.

Pier Luigi Colizzi will lead Barclays’ investment banking business in continental Europe and will join the Barclays Europe Executive Committee. He has 27 years of investment banking experience and has advised on more than US$200bn of M&A deals. He joined Barclays in 2012 as Head of Barclays Investment Banking in Italy and was appointed Head of M&A EMEA in 2015. He has advised clients on landmark deals including Telenor and ENEL.

The bank’s Italian operation is now headed by two managing directors. Gregg Dalle will report to Barclays’ Vice Chairman, and will head up the firm’s EMEA energy and industrials franchises. He will be based in London and will report to Pierre Lescastereyres.

Barclays has also recruited Carlo Calabria as a new Partner. He was previously a Founding Partner at CMC Capital and managed teams in London and Milan. He will be assisted by eight other professionals. Enrico Chiapparoli and Stefano Soldi will join the Industrials and Power & Utilities teams.

Pier Luigi Colizzi will continue to lead the firm’s M&A activities in Europe. He will report to Barclays’ Vice Chairman for Investment Banking Europe. His role will include advising on M&A deals and improving service quality. Further details will be shared soon.

Laurent Meyer, formerly a senior banker at Societe Generale, is a new vice chairman of Barclays’ Investment Banking division in Europe. He will focus on driving revenue growth in the Investment Banking division in the region and delivering merger and acquisition and equity capital markets advice to clients across Europe. Laurent has over 23 years’ experience in the investment banking industry, and most recently served as a senior banker responsible for developing relationships with a large portfolio of global strategic clients.

Laurent Meyer will report to Barclays Vice Chairman for Investment Banking Europe, Peter Gosling. Previously at Societe Generale, Meyer was the director of mergers and acquisitions, and initiated a variety of transfrontaliere transactions. He has also worked at Morgan Grenfell and Deutsche Bank, where he was a senior banker.

Meyer joins the Investment Banking Europe team in October. In the past, he worked on more than US$200bn worth of M&A deals. He is complemented by in-house banking veteran Ingrid Hengster, who is taking on the role of Global Chairman of Banking. Hengster, meanwhile, has extensive experience in the financial services industry and will be focusing on strengthening Barclays’ relationships with clients in Europe.

Meyer is part of a large team at Barclays, including seasoned investment professionals and operating specialists. He will report to Reid Marsh, the investment bank’s regional director for Europe, the Middle East and Africa. He will also report to local directors in France, Belgium and Luxembourg.

Charles Goodhart is an Emeritus Professor of Banking and Finance at the London School of Economics (LSE), and the former Deputy Director of the Financial Markets Group. He is also a Fellow of the British Academy, and in 1997 was awarded the CBE for his services to monetary economics. Before joining LSE, Goodhart worked for the Bank of England for seventeen years, first as a monetary adviser and later as Chief Adviser. He also served as an adviser to the Bank of England’s Governor on financial stability. He also teaches at LSE and Cambridge University.

Goodhart has published several books on European banking, including The Business of Banking, 1891-1914 and The New York Money Market, 1900-1913. He is also a member of the European Systemic Risk Board. He is a prominent economist in the financial sector, and his insights have helped shape financial markets in the United States and Europe.

The hub-and-spoke model is also reinforced by the drive for regulatory efficiency. Investment banks from the US prefer to work with a single regulator for their European operations. This means that their UK licence serves as a passport throughout the European Union. In addition, UK investment banks are supervised by the Financial Conduct Authority (FCA) under the Markets in Financial Instruments Directive, which is soon to be replaced by MiFID II.

In Europe, investment banks are increasingly turning away from the global marketplace. This trend is driven by several regulatory impositions, including the Vickers Report (2011), the Liikanen ban on proprietary trading, and enhanced capital requirements for trading books. These changes are expected to further de-risk the industry and reduce its risk.

Professor of Banking and Finance at Erasmus University Rotterdam, Director of the Erasmus Platform for Sustainable Value Creation, and Research Fellow at the Centre for European Policy Research, Schoenmaker’s main areas of interest are sustainable finance, financial stability, and European financial integration. He has previously worked at the Bank of England, the Dutch Ministry of Finance, and in the European Commission.

Dirk Schoenmaker has studied business economics and law at Erasmus University Rotterdam and at the London School of Economics. In 2001, he was awarded the Barclays Global Investors Award for the best paper presented at the European Finance Association Meetings. He has published extensively in his field and co-authored a textbook on European financial markets and institutions.

In the long run, the US will be the sole leader in investment banking, because it has an advantage in information and soft relationships. The European banking system is overbanked and in retreat, which means that US banks will continue to dominate the market. While Europeans may retrench their investment banking roles, the risk of US intervention is higher than ever.